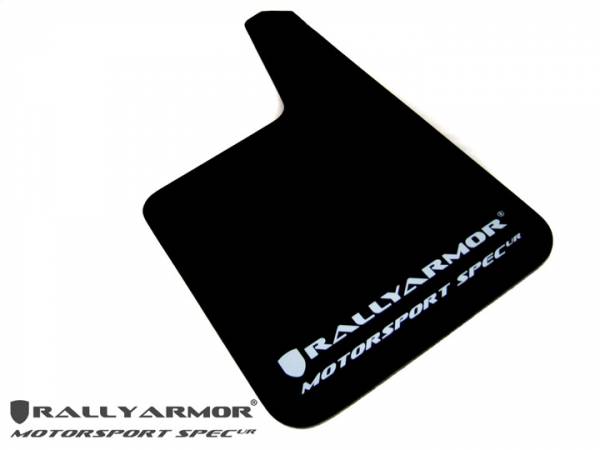 One set includes 4 Universal Motorsport Spec (MSpec) urethane mud flaps for each side of your vehicle (two left and two right) with a red Rally Armor Motorsport Spec UR logo. Due to the extensive variety of vehicles, hardware is not included. Simply source hardware and create the mounting points flap to fit your vehicle.