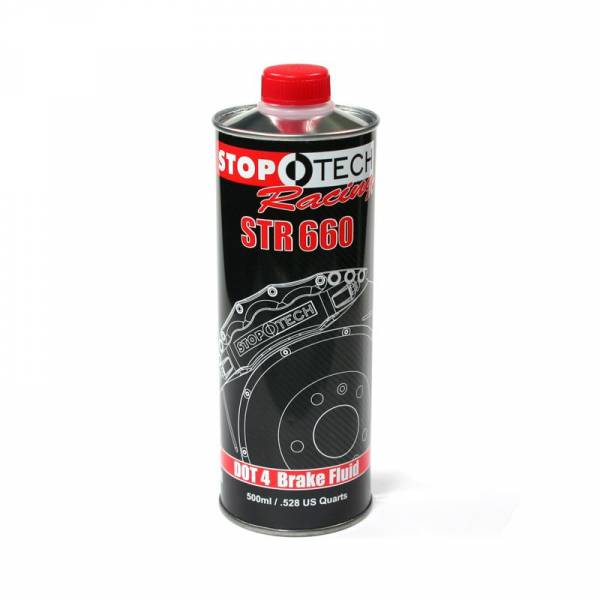 StopTech Racing Brake Fluid stands out not just for its exceptional performance, but also for its stylish and functional packaging. StopTech Brake Fluid comes bottled in a special metal container that is not only more durable, but also gives the fluid up to 25 percent longer shelf life than typical plastic bottles provide. Both in looks and in performance, StopTech Brake Fluid stands out from the crowd. StopTech High Performance Brake Fluid conforms to and exceeds the current specification of U.S. FMVSS 116 (§ 571.116) DOT 4, is road legal, and compatible with modern ABS and other vehicle dynamic control systems. StopTech brake fluid is mixable with all DOT 3 and 4 products.